“Most of the time young people feel there’s no safety to just express themselves.  As a society we should have freedom of speech, but that freedom is not protected,” says Danish born Ruth Nielsen, as she explains a sense of purpose she’s found through her involvement with Keighley Pride. “Young people need to know they’ll be taken seriously and properly listened to – it’s very hard for them to come forward and say what they really feel and think.”
Ruth grew up in rural Denmark in a village of only four hundred people and was the middle child of five. “I grew up in a very religious family, we had certain ways to behave and talk, everything had to centre around Christianity and it made us be more exclusive. I think my parents were living in fear,” she explains, describing how her childhood environment caused an internal wrestle that she battled with for many years.
“I grew up learning what was expected of me, but in my teens I felt I had a different world going on inside me, I wanted to belong but I couldn’t see myself like others.”she says with a heavy heart. Losing her Grandmother at age seven added to her inner conflict, leaving her with a deep fear of death.
“I was the most quiet person you could meet. I think I’ve got a level of neurodiverse and I struggle to express myself, so none of my peers or parents understood my internal struggles because I never talked.” This sadly culminated in a period of emotional abuse and bullying from her mother between the ages of nine and twelve and also at school. “At the dinner table I really wanted to join in but it just didn’t come out. So my mum shouted at me and told me to talk, but my mum’s anger made me feel unsafe. So I’d run to my room and isolate myself. I cried a lot on my own when I was younger. I really felt like I was shut up, that I wasn’t accepted, that I didn’t fit anywhere and was just rejected by the people around me.”
Ruth continues to explain how being quiet is not an attribute, it’s a behaviour with a reason. “I’d built up a mental prison that neither I or the people around me could break down. I tried to break through to show that I had opinions and feelings but unfortunately it ended up in depression because I blamed myself which led to anger and self harming.” Amazingly Ruth doesn’t look back and hold anyone accountable, she doesn’t feel like anyone set out to intentionally harm her.
Fortunately, in the midst of this time, Ruth discovered a place of comfort in which to escape. “My mum’s friend taught me piano and music was crucial as a place to let off steam, it also felt like something that I owned. Where I could actually be free, because I now realise that I communicate best through music”
After she finished school at nineteen, Ruth knew she needed to make a change. “In my head, it was really very simple. I needed a new place to live where I could be part of a different mentality, where I could find myself” She discovered this in the UK living as an au pair in London, which gave her the confidence to later move up to Yorkshire and follow her passion through a degree at the Leeds College of Music. 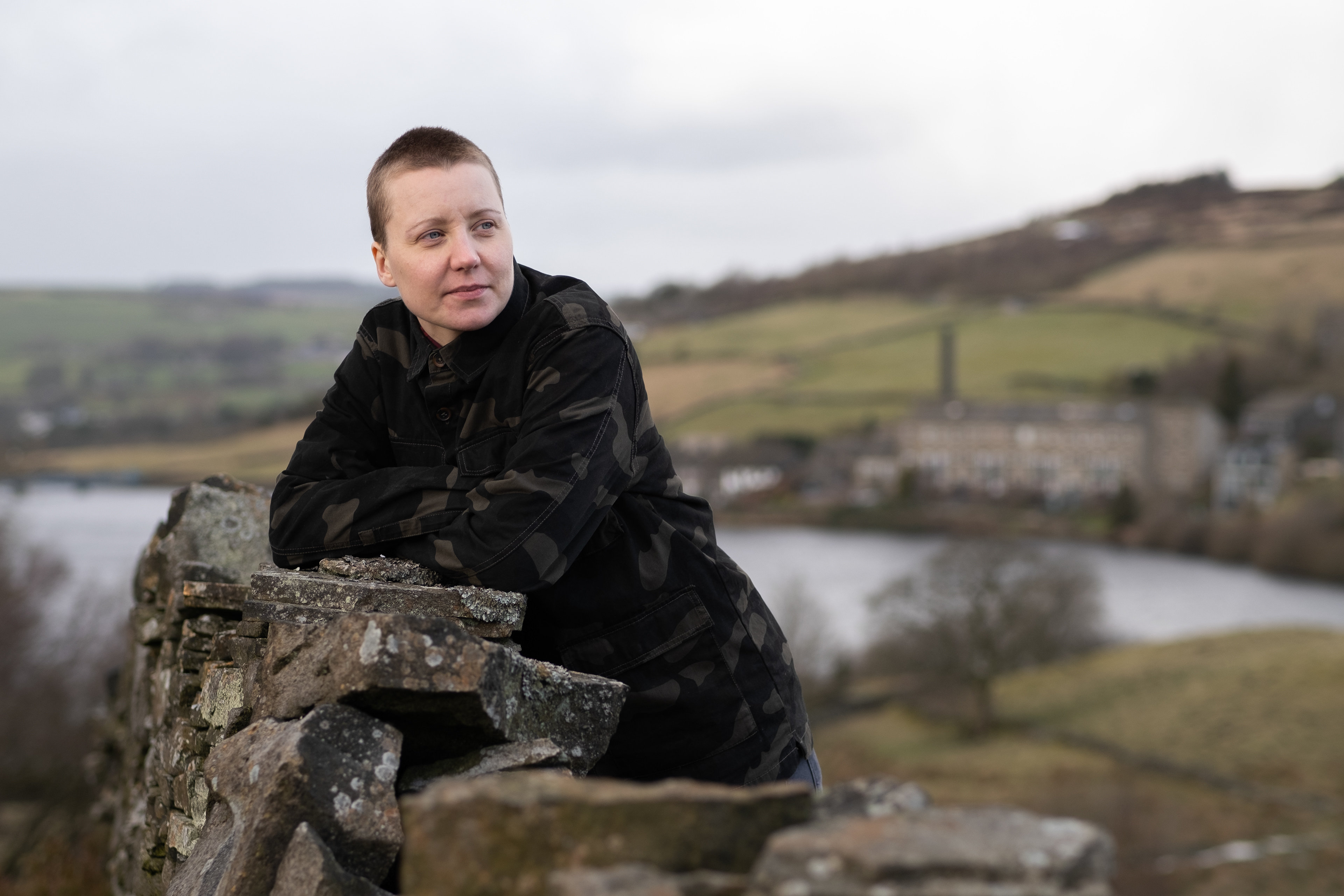 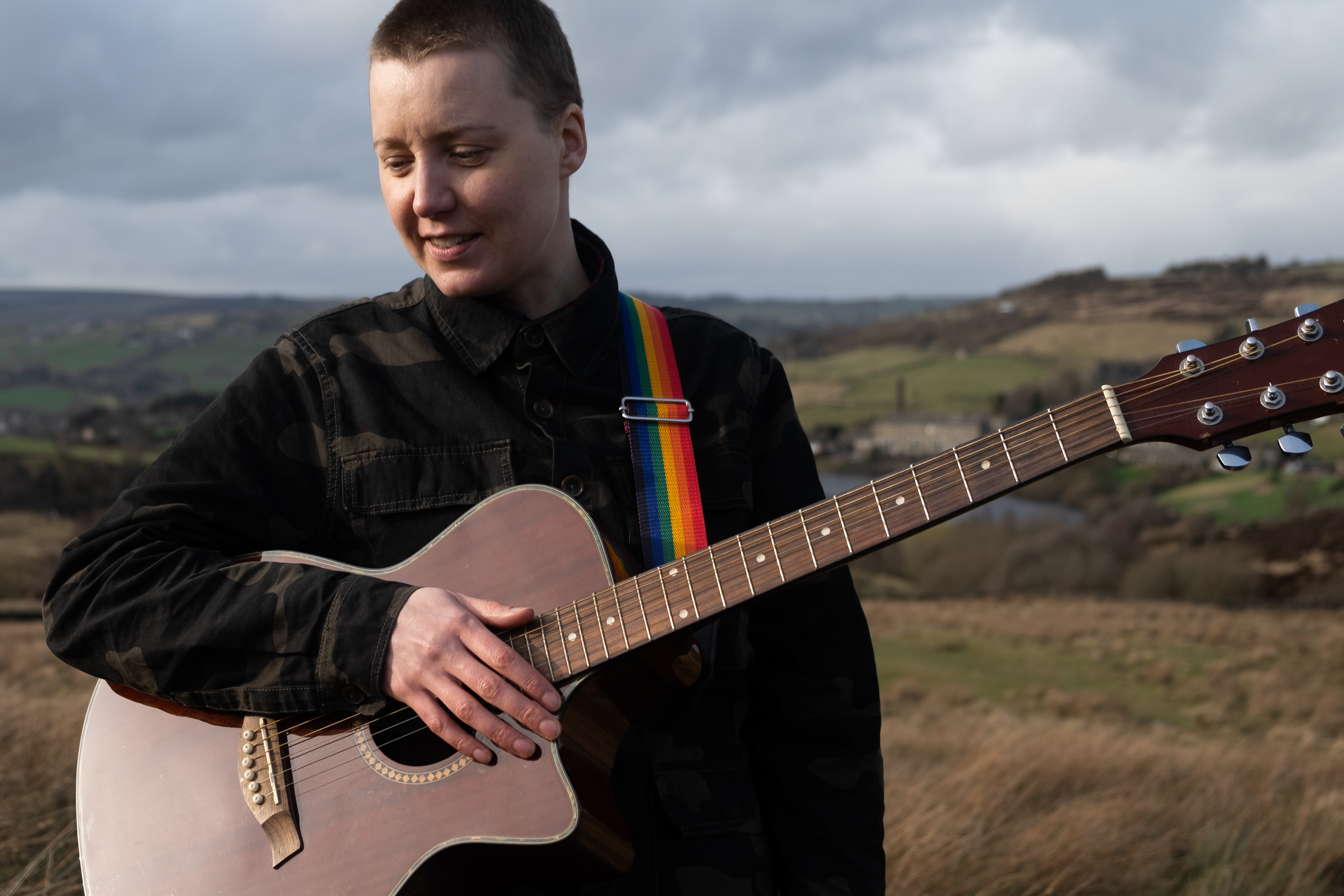 “It took a long time to convince my family that I could be self sufficient in the UK and I didn’t want my family to feel like I had abandoned them, but I valued my freedom more than anything.” The UK gave Ruth a new horizon from which she could see multiple opportunities and try new things, the future was full of possibilities but not without a fight “I had a lot of mental baggage which has taken years to process.”
After a failed attempt to build a career as a performer in London during the height of ‘the crunch’ (2009), Ruth began to suffer with depression again, the dream hadn’t materialised. She knew there was only one place to return to… Yorkshire “Home is where the heart is and this is where I felt most at home. It’s the people and the character of the landscape, it’s a lot more like me as a person, I’m all these colours, different shades and forms.”
She arrived in Bradford in 2010 and began to rebuild her life. “I remember a few years later in the midst of a long term relationship that my heart just knew I’d found a place where I belong. With everything that I’d gone through, it’s a feeling I hadn’t had for years”
However in 2015 and aged only thirty two the world crashed in around her and became a pivotal moment in her life. “I remember the doctor telling us the news and we just broke down in hysterical crying, we didn’t know what to do or what it meant, but we knew it’d change everything.” Ruth was diagnosed with stage 2, borderline stage 3, breast cancer which she later discovered was hereditary through her father, the same disease that killed her Grandmother.
Her partner supported her throughout her cancer journey, which was incredibly tough on both of them and speaking of this time in her life she says, “Because of my mental issues and personality, it was a wake up call. I had to question the foundation of my life in every aspect. My job, lifestyle, friends, family, diet, myself, relationships, and sexuality, it all came into question as I processed what it meant. It was a really hard ride.”
Ruth continues, “As I began asking what my desires were. I broke up with my partner because it didn’t feel right anymore, which was like letting go of my safety net.” Fortunately he understood and has since become a great friend to Ruth. “I then saw really clearly how attracted I was to other women and that I needed to explore this.” 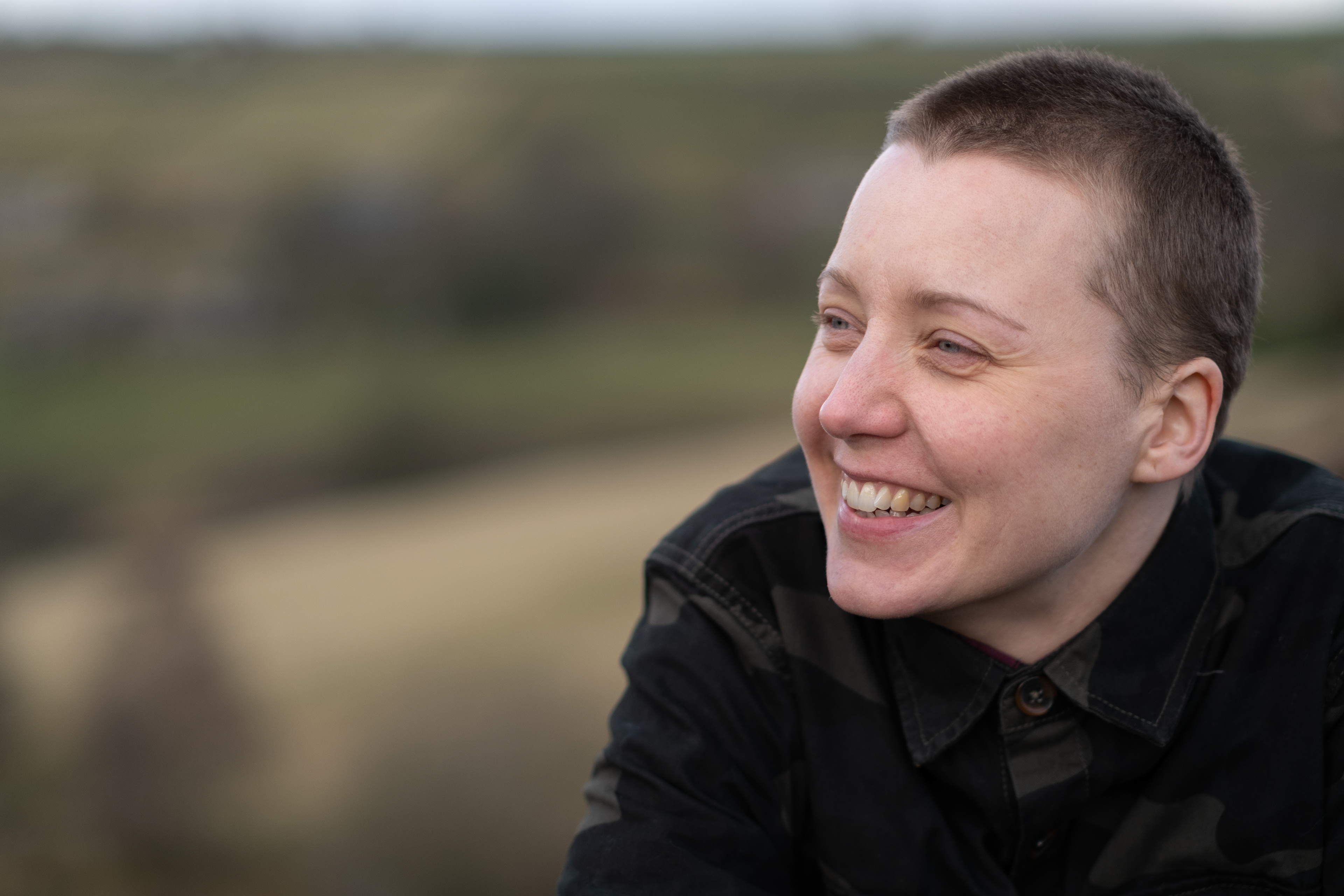 So she started meeting up with groups of women, she felt safe and loved meeting new people in new places, discovering a new side to her that she could hold on to. The LGBTQ circles helped her establish valuable friendships and belonging, which led to her becoming involved with Keighley Pride in its formative stages and has since become a key member of the team.
“I want to make sure that there’s a safe space where people can always come to for support. Where they can bring family and friends without feeling out of place. I see it as my wider family.” Her vision is for a place where generations can gather, allowing space for acceptance “I want to mend bridges in the community, there’s a lot of ignorance and barriers to be broken down.” And she’s well aware of how much work is involved.
“I came out in 2017, but I waited a year to tell my parents, so I could tell them in person, but my mum couldn’t even look me in the eye. Ten months later they sent me a letter to say ‘not on our doorstep!’ I’m trying to keep the relationship going with the hope that one day we can talk,”
Speaking about the road ahead Ruth says, “I accept now that life is a journey, and it’s okay if things change again.” Her understanding is that every part of her journey is part of who she is and her passion for music is a thread throughout. “I sometimes feel that it’s one of the best ways that I can connect with people.”
Alongside recording a solo album about her cancer journey, Ruth is also considering music therapy. “Music is where I find freedom. It gives me a certain degree of expression, it doesn’t judge, it doesn’t ask you to be anything specific. There’s more than one answer to life and it’s one of those things that’s held me together, even in the darkest of times.”
She explores future possibilities by ending “I’ve always been interested in psychology and understanding other people. If I can use my music to help others and myself then I’d love that. Maybe that’s where I’m best fitted.” Maybe her love for the beauty of Jazz which was formed out of suffering and pain will be mirrored in how her life helps others in years to come.
↑Back to Top